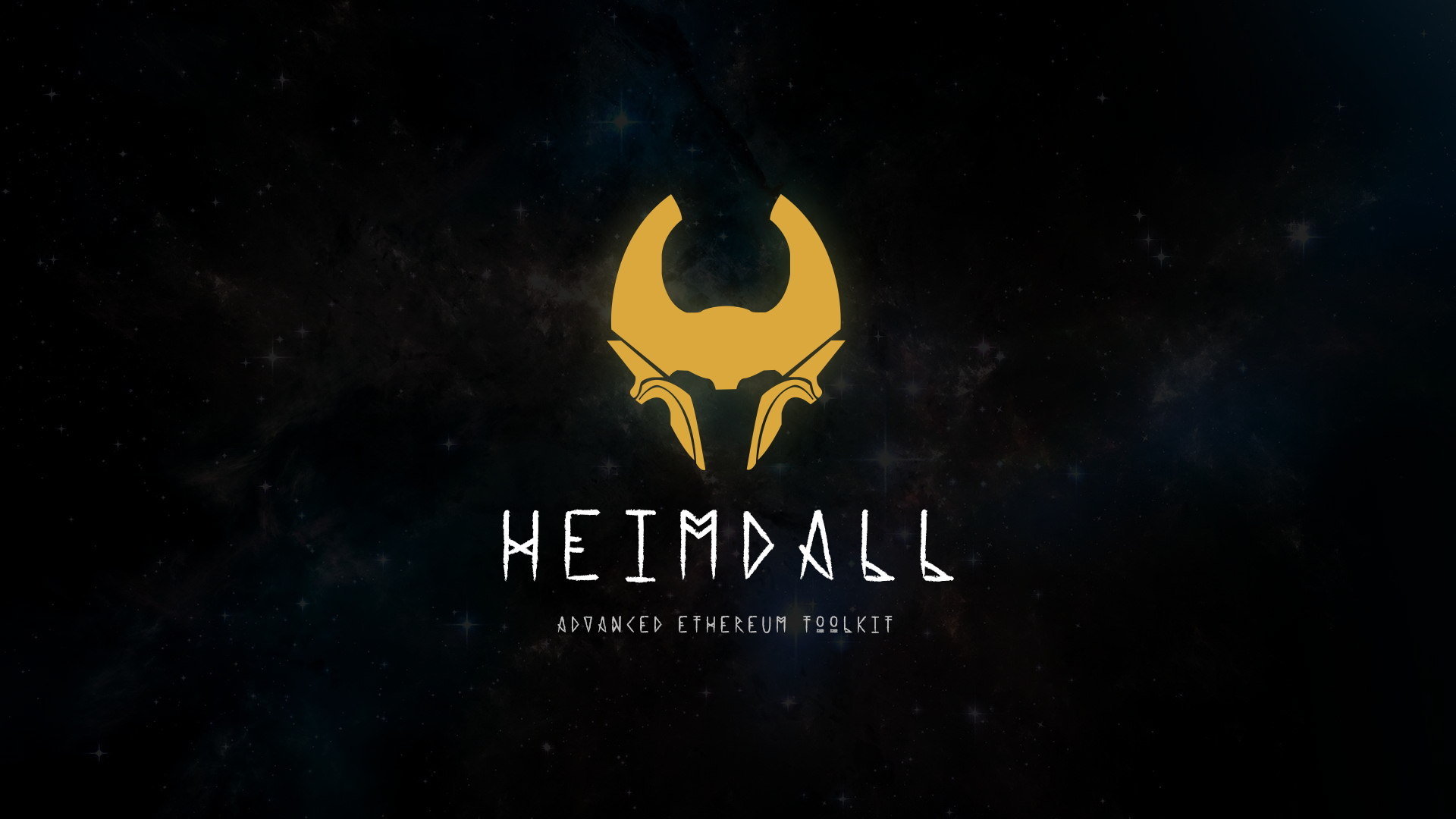 The Heimdall-rs decompilation module is a powerful tool for understanding the inner workings of Ethereum smart contracts. It allows users to convert raw bytecode into human-readable Solidity code and its corresponding Application Binary Interface (ABI). In this article, we will delve deep into the inner workings of the decompilation module, examining how it performs this conversion at a low level and exploring its various features and capabilities.

Please keep in mind that this article talks about how heimdall-rs performs decompilation. This may not be the same as how other decompilers work. If you have any suggestions or corrections, please feel free to open an issue or pull request on GitHub! Thank you!

Decompilation is the process of converting machine code or bytecode into a higher-level, human-readable representation. However, it is not a straightforward task for several reasons:

In order to make this complex, convoluted process easier to understand, I've broken the overall decompilation process into four main steps, which we will explore in detail in the following sections:

The first step in the decompilation process is to convert the bytecode into a more human-readable assembly representation. This is done to allow the decompiler to find and analyze the different parts of the smart-contract's overall structure.

Assembly is a low-level representation of the bytecode, where each instruction is represented by a mnemonic and its corresponding arguments. Each instruction has roughly 3 parts:

Would be converted into the following assembly:

For example, the following assembly shows this dispatch table in action for the WETH contract 0xc02aaa39b223fe8d0a0e5c4f27ead9083c756cc2:

This CFG is generated by heimdall-rs by executing the bytecode in a custom EVM implementation specifically designed for decompilation and bytecode analysis. Whenever the EVM encounters a JUMPI instruction, a new branch is created in the CFG. A new VM is created for each branch, and the program is executed until terminated. This process is repeated until all branches have been explored, and the CFG is complete.

Once the CFG is generated, the next step is to analyze the branches of the CFG. This is where the real decompilation begins, and translation from opcode to solidity begins.

This struct can be seen in the following code snippet from heimdall-rs:

The VM implementation keeps track of these WrappedOpcodes as it steps through the bytecode. Allowing for each input and output for any instruction to be traced back to its origin. This is essential for decompilation, as it allows for the decompiler to know exactly what each instruction is doing and where its inputs are coming from, eventually allowing for the decompiler to generate the correct solidity code.

The WrappedOpcode above essentially breaks down to

Which can be simplified further to

And could be represented in solidity* as

This process of solidifying (converting to solidity) a WrappedOpcode is done recursively and is done for every WrappedOpcode in the CFG. This allows for the decompiler to generate the solidity code for any given contract.

In heimdall-rs, this process is done in the solidify function of the WrappedOpcode struct. This function can be seen in the following code snippet from heimdall-rs:

The decompiler first determines whether or not the current opcode will modify the visibility of the function. In solidity, functions that are pure cannot read or write from the state via the following opcodes:

If the current opcode is within this set of state-modifying opcodes, the Function struct has its property pure set to false.

Similarly, functions that are view cannot write to the state via the following opcodes:

Again, if the current opcode is within this set of state-modifying opcodes, the Function struct has its property view set to false. This will also set the pure property to false.

The main decompilation process is the translation of opcodes to their corresponding solidity code. The translation only happens for opcodes that directly modify memory or storage, as stack operations will be handled by WrappedOpcode solidifying.

The JUMPI opcode is translated to the corresponding if statement in solidity. It's also used to handle pseudo require() statements, which will be fixed in a later version.

The REVERT opcode is translated to the corresponding revert statement in solidity. This straightforward opcode has a few special cases that are handled by the decompiler:

The RETURN opcode is translated to the corresponding return statement in solidity. We use this opcode to determine the return type of the function with the following heuristics:

This is very straightforward, and is translated to the corresponding selfdestruct statement in solidity:

The SSTORE opcode is translated to the corresponding storage statement in solidity. These are translated as:

Since MSTORE essentially does the same thing, we can translate it to the corresponding memory statement in solidity:

For simplicity, these opcodes are translated as assembly:

We then add this argument to the Function struct, along with some default potential types for the argument (e.g. uint256, bytes32, int256, string, bytes, uint, int). These potential types will be narrowed down later.

If the ISZERO is used on a CALLDATALOAD operation, we can assume that the argument could be within the set {bool, bytes1, uint8, int8}. We add these potential types to the argument.

These operations are checked if they modify the size of an argument via CALLDATALOAD, and will update the potential types of the argument accordingly.

In most programming languages, variables and arguments have a type associated with them. When a program or smart contract is compiled, these types are often removed and replaced with bitwise masking operations. For example, an address in solidity is a 20-byte value. When compiled, the bytecode will often use bitwise masking operations to ensure that the value is exactly 20 bytes. This is done to save space in the bytecode and to make the bytecode more efficient.

We can use this heuristic to infer the types of variables and arguments in a smart contract, for example:

is understood by the decompiler to be an argument in the first slot of calldata (since the first 4 bytes of calldata are used for the function selector). We know that this argument is likely a variable with type existing in {address, uint160, bytes20}.

We can use this heuristic to infer the size of any variable or argument in the smart contract. In order to settle on a type within the set of possibilities, we need to watch for how the smart-contract interacts with the value.

For example, the decompiler assumes that the following is an address since it's used as an address further in the program.

Additionally, the decompiler assumes that the following is a uint256 since it's used in arithmetic operations further in the program.

The same can be said for bytes types. For example, the decompiler assumes that the following is a bytes32 since it's used in bitwise operations further in the program.

Using these heuristics together, we can accurately infer the types of most variables and arguments in any given smart contract. If no heuristics can be applied to a variable, the decompiler looks for any other variables within the expression that can have their type inherited. For example:

Since a is a typed variable and is used in the instantiation of b, it's typically safe for b to inherit the type of a:

Where no type can be inferred, the decompiler defaults to either bytes32 or uint256, as these are the most common 32-byte types in solidity.

Handling these is very simple. Whenever the decompiler comes across an external call, it's checked if the to address is a precompiled contract. If it is, the decompiler can decode the calldata and convert the call to a solidity function call.

A full list of precompiled contracts can be found here.

The final step of branch analysis is to analyze the child branches of each VMTrace. Once all branches are analyzed, the logic of the contract should be fully extracted and ready for post-processing.

The final step of decompiling is post-processing. This step is responsible for cleaning up the decompiled code and making it more readable. It's also responsible for assigning readable names to variables, as well as resolving function, event, and error selectors.

The first step of post-processing is to resolve selectors for functions, errors, and events. This is done by using Samczsun's Ethereum Signature Database API to resolve the selectors and find their matching signatures. Once we have a list of potential signatures for each selector, we check if they match the arguments of the function, event, or error. If they do, we replace the selector with the signature.

For example, the following selector:

would be replaced with:

after resolving the selector.

Now that we have a list of resolved and unresolved selectors, we can build the ABI for the contract. This is very straightforward, as we just need to build a JSON file with the following structs:

After building these structs from the list of resolved and unresolved selectors, we can serialize them to JSON and write them to a file, giving us a beautiful and extremely accurate ABI for the contract.

Cleaning Up the Code

We can now assemble the solidity code from the contract logic. Before being finalized, each line is passed through a series of post-processing steps to clean up the code and make it more readable.

That's it! We've now successfully decompiled a contract. The final step is to write the decompiled code to a file, and we're done! Hopefully, this article has shed some light on how decompilers work, and how they can be used to analyze smart contracts. If you have any questions, feel free to reach out to me on Twitter.